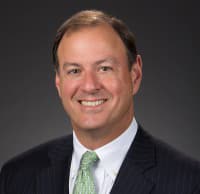 Merritt Lane is Chairman of the Board, President, and CEO of Canal Barge Company, Inc., a U.S. Flag marine transportation, management services, and bulk liquid storage company headquartered in New Orleans. He joined the company in 1986 and held several marketing and executive positions prior to his appointment as President in January 1994.

Mr. Lane is actively involved in industry affairs, having served as Chairman of the Board of Directors of the American Waterways Operators (AWO) from 2008-2009, and as Chairman of the Waterways Council Inc. (WCI) from 2014-2016, as well as holding positions as Board Member for the National Waterways Foundation, the U.S. Coast Guard Foundation, and the Blue Sky Maritime Coalition. He also serves on the Board of Pontchartrain Materials Company, a privately-owned company based in New Orleans, and Illinois Marine Towing, a wholly-owned subsidiary of Canal Barge Company based in Lemont, Illinois.

Mr. Lane worked in the Corporate Finance Division at PaineWebber, Inc. in New York City from 1983 to 1986 as a Financial Analyst and as an Associate in the Real Estate Finance Group. He graduated from the University of Virginia’s McIntire School of Commerce in 1983, receiving a Bachelor of Science degree with a concentration in Finance. He currently serves on the board of the McIntire School of Commerce Foundation and is an active alumnus of the school.

Mr. Lane is active in leadership positions with numerous civic, educational, and philanthropic organizations, having served as Board Chair of Isidore Newman School, The Idea Village (a New Orleans area non-profit entrepreneurial development organization), and the Baptist Community Ministries Foundation (one of the largest private foundations in Louisiana). He currently serves on the boards of The Nature Conservancy of Louisiana, The Water Institute of the Gulf, the National World War II Museum, and Bricolage Academy; on the Executive Committee of the Bureau of Governmental Research and the Business Council of New Orleans & the River Region; and is a Board Member Emeritus of the Tulane University School of Public Health Dean’s Council.