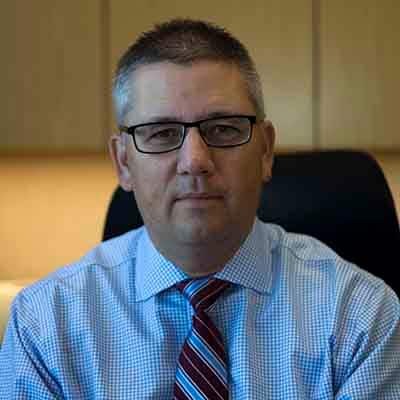 Started his shipping carrier as an apprentice with Seaside Navigation ApS, Denmark, in 1988 and joined Armada Shipping Inc in Houston in 1990.

Relocated to Denmark to take up a position as an operations assistant with Clipper Denmark ApS in 1992. Shortly after the return to Denmark, he was appointed responsible operator for the newly started steel liner service from Europe to the USA. In the years to come the service steadily developed and following the merger between Van Ommeren Shipping and Clipper Bulk Shipping in the summer of 2000, Peter was relocated to Rotterdam to take up a position as Operations Manager for the new VOC Steel Services BV.

Following to closing of the office in Rotterdam in 2010 and a short layover in Copenhagen relocated to Houston in October 2010 to further develop the steel service. In 2011, Bossclip, a steel parcel service from Brazil to NCSA and USG was placed under his responsibility and became an arm of Clipper Steel.

1 January 2016 assumed the responsibility of Compass Rose Shipping Ltd., a joint venture company between Clipper and Monomeros who celebrated its 25th anniversary in January 2017. Compass Rose transports fertilizers and urea to the Monomeros factories in Colombia.

Clipper Americas is the North/Central and South American HQ for the Clipper Group and responsible for fixing of cargoes/vessels in this region and providing support for the offices in Hong Kong and Copenhagen.