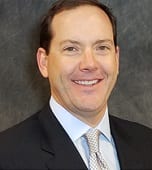 Frank Hurst has always been fascinated by logistics and how goods move through the global network. Early in his career, he worked as a forklift operator, eventually receiving his CDL. As a champion of drivers, he realizes our supply chain would not function without the contributions, sacrifice, and dedication of America’s drivers.

Today, Frank serves as President of Roadrunner, a position he has held since 2017. In this role, he has led the transformation of the company’s unique service offering in the national LTL market. With Frank at the helm, Roadrunner has transformed into an award-winning, service-first LTL freight carrier. Before serving as President of Roadrunner, he worked as SVP of Sales and Marketing. He spent three years as VP/GM for North American Corporation, a distributor of packaging products and equipment based in Glenview, Illinois. From 2012 to 2013, Frank served as Executive Vice President for Vitran Express, where he was responsible for the turnaround, sale, and transition of the US LTL operation. Frank spent 16 years of his career at FedEx Freight, where he was the VP of Divisional Operations from 2007 to 2012.