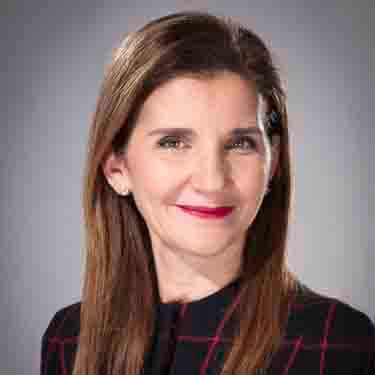 Ms. Lamia KERDJOUDJ-BELKAID is the Secretary-General of FEPORT, the Federation of European Private Port Companies and Terminals since March 2014. She holds an Executive MBA from ESSEC and Mannheim Business Schools as well as Master Degrees in Shipping, Transport, and Logistics as well as in English Literature and Applied Psychology.

She has a professional experience of more than 25 years during which she held different positions within the maritime and logistics sector.

Among others, she has been for more than seven-year the Public Affairs manager of the French Shipowners’ Organization. Between 2009 - 2012, she has also been appointed as a senior expert and advisor in the framework of several European projects financed by different Directorates of the European Commission.

She has also worked for private companies and corporations (among others Capmarine, Budd SA, CATRAM, EGIS) and has been in charge of consulting and business development assignments for large multinational companies. She is 12 years a lecturer in Business schools in France and Germany in the field of stakeholders’ management and multilateral negotiations.