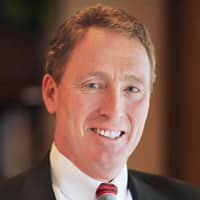 Michael Regan co-founded TranzAct Technologies over 37 years ago and is very active within the logistics industry. He serves on the boards of numerous industry groups and is currently the Chairman of the Manufacturing Excellence Network within the YPO/WPO, and the Chairman of the Advocacy Committee for the National Shippers Strategic Transportation Council (NASSTRAC).

Numerous industry honors have been awarded to Mr. Regan: most recently he was awarded “2005 Executive of the Year” by the National Industrial Transportation League and “2008 Member of the Year” by NASSTRAC, and in 2014 received the Distinguished Service Award from CSCMP.

Mr. Regan has been a featured columnist in industry periodicals including Logistics Management and has been quoted in publications such as The Wall Street Journal and the Journal of Commerce.