What lessons have shippers and their forwarders learned from a chaotic 2020? Spot rates soared to record levels on many trade lanes as an unexpectedly strong rebound in demand caught the industry by surprise. Equipment shortages out of Asia quickly became critical, with carriers often seeking premium surcharges to secure capacity or equipment on top of contract or FAK rates. Aggressive repositioning of empties left backhaul shippers without containers, and port congestion lengthened ship delays. While carriers say the poor service levels are largely out of their control and have called for understanding from customers, there is deepening frustration among cargo owners at what they see as carrier opportunism. It is a tense environment as annual contract negotiations loom on the trans-Pacific. But what can Asia-North America shippers preparing for those contract talks learn from Asia-Europe shippers who have mostly completed their negotiations? How will the shipper-forwarder-carrier relationship play out over the next year, and what will the industry do differently going forward? Join Dominique von Orelli, executive vice president and global head of ocean freight at DHL Global Forwarding, for a frank appraisal of the issues facing the container supply chain. 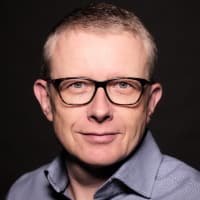