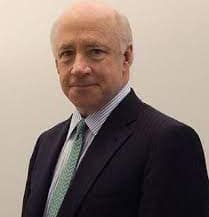 William (Bill) J. Shea, Jr. has been the CEO of Direct ChassisLink Inc. and an investor in the company since 2012. In that capacity, Shea has shaped the strategic vision of DCLI and facilitated the acquisition of major legacy chassis fleets while maintaining oversight of the company's growth and financial performance. He began his career with Itel Corp. in 1979 after graduating from The Wharton School of the University of Pennsylvania. In 1984, Shea co-founded Kelley Transportation Services to market intermodal equipment manufactured by Stoughton Trailers Inc. In 1989, he also co-founded Bay Cities Leasing, creating a pool of 15,000 piggyback trailers servicing the US Rail Industry. In 1994, Bay Cities was selected to manage the first domestic container and chassis pool, called EMP, for Union Pacific and Norfolk Southern with Shea serving as program manager of the pool. The EMP program, through its affiliation with REZ-1 (now Blume Global), developed the first reservation and billing systems for intermodal equipment and continues to manage domestic 53-foot containers and chassis for Union Pacific, Norfolk Southern, and CSX rail networks today. Shea is the executive who oversaw the creation of DCLI, formerly the chassis leasing division of Maersk, and was the thought leader behind the 2015 creation of the Pool of Pools, the grey daily-use chassis pool that operates in the Ports of Los Angeles and Long Beach. He serves on the board of directors of DCLI and is chairman of the Blume Global board. He served on J.B. Hunt’s board in 2009-2010 and on the board of the Institute of International Container Lessors. Shea has a long history serving charitable organizations that benefit children in the San Francisco Bay Area with life-threatening illnesses.