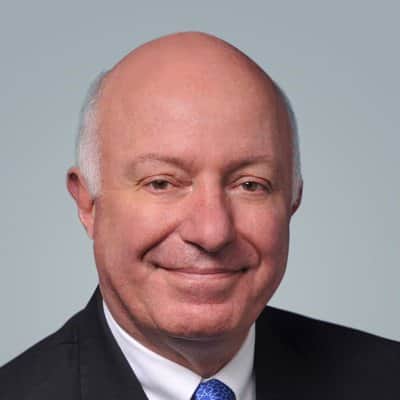 Dr. Nariman Behravesh was chief economist of IHS Markit from 2008 until his retirement in December 2020. In that role, he directed the entire economic forecasting process at IHS Markit and was responsible for developing the economic outlook and risk analysis for the United States, Europe, Japan, China, and other emerging markets. He remains actively involved in evaluating global economic prospects and risks.

He and his team were awarded the 2017 Lawrence R. Klein Blue Chip Forecast Accuracy Award. They were also ranked as top forecasters by Consensus Economics, Bloomberg, Reuters, The Wall Street Journal, and USA Today on numerous occasions.

Dr. Behravesh is the author of "Spin-Free Economics: A No-Nonsense, Nonpartisan Guide to Today's Global Economic Debates" (McGraw-Hill) and "Economics U$A" (Norton). Behravesh has been quoted extensively in the media on such topics as the outlook for the US and global economies, exchange rates, the budget deficit, the trade deficit, globalization, country risk, and sovereign debt crises.

He has been a featured speaker at many of the top global conferences for many years, including IHS Markit CERAWeek, the Trans-Pacific Maritime Conference, the World Petrochemicals Conference, and the World Economic Forum in Davos.

Dr. Behravesh holds Ph.d. and M.A. degrees in economics from the University of Pennsylvania (where Nobel Laureate Lawrence R. Klein was his dissertation advisor), and a Bachelor of Science degree from the Massachusetts Institute of Technology. He has lived in Europe and the Middle East and is fluent in several languages. He travels extensively to Europe, Asia, Africa, and Latin America.