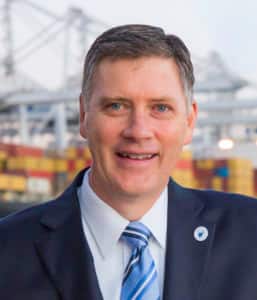 As Executive Director, Lynch oversees all port activity involving the deepwater ports of Savannah and Brunswick, as well as inland terminal operations. Directing one of

busiest U.S. auto port, he was responsible for sustaining the profitable growth and development of all operations and maintaining world-class operating standards.

A proven leader in the maritime industry, Lynch brings 29 years of experience in the design and implementation of major port expansions, the effective execution of