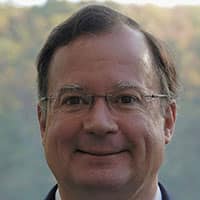 John Butler was named president and CEO of the World Shipping Council in August 2015 after serving as general counsel for the association since 2010. Prior to joining the WSC, Butler was a partner in the Washington, DC, law firm of Sher & Blackwell, where he served as outside counsel to the WSC. For almost two decades, he advised liner shipping companies and trade associations on regulatory, commercial, security, hazardous materials, environmental, contract, and antitrust issues. He has represented the liner shipping industry in federal agency rulemakings, legislative activities, and federal court litigation on a broad range of security, environmental, regulatory, and commercial matters. Butler has been admitted to the bar in Maryland and the District of Columbia, as well as the US Supreme Court and the US Court of Appeals for the DC, Ninth, and Third Circuits. He is a former president of the Maritime Administrative Bar Association. Butler began his legal career as a law clerk in the US Department of Agriculture’s Office of Administrative Law Judges. He holds a Bachelor of Arts from Colorado College and a Juris Doctor, with honors, from George Washington University Law School.