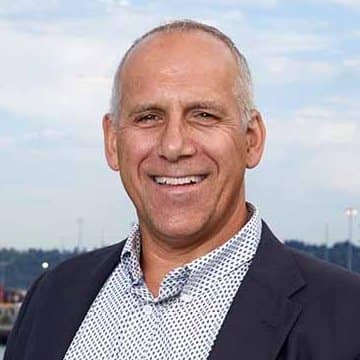 John Wolfe is chief executive officer of The Northwest Seaport Alliance. He sets the organization’s vision and strategy and guides the NWSA’s unique customer-focused culture.

Wolfe previously served as the CEO of the Port of Tacoma, a position he was named to in 2010.

Prior to joining the Port of Tacoma, Wolfe served for two years as the executive director of the Port of Olympia, and before that as Olympia's director of operations and marine terminal general manager.

He is on the boards of the American Association of Port Authorities (AAPA), Federal Reserve Bank San Francisco Seattle Branch, Executive Council for a Greater Tacoma, Tacoma-Pierce County Chamber of Commerce, the Washington State Fair Board, Federal Maritime Commission’s Export Innovation Team and Maritime Innovation Advisory Council for the Department of Commerce.