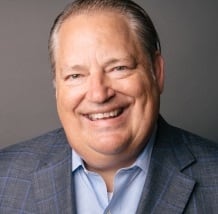 Neal Rider is the CEO and co-founder of Emergent Cold Latam, the leading temperature-controlled logistics company in Latin America.

Neal is a seasoned executive with nearly thirty years of experience in the temperature-controlled logistics industry, with a proven track record of growing businesses and creating long-term value for customers and stakeholders.

Before founding Emergent, in 2013, Neal founded Agro Merchants Group and served as the Chief Executive Officer. Prior to that, he served as the President of AmeriCold.

Neal holds an MBA from Utah University and an accounting degree from the University of Montana. He is an active leader in the industry and has served as a Board Member of multiple industry associations, such as WFLO (World Food Logistics Association) and IARW (International Association of Refrigerated Warehouses).