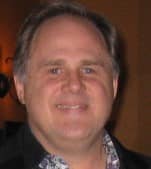 Steve Spencer is the third generation in his family to make their career in the seafood business. While still in high school Steve started and incorporated his own company, S&S Seafood. While in college Steve worked as a broker selling fresh and frozen seafood in the domestic market. Over the years through acquisitions and natural growth S&S grew to be one of the larger seafood companies in Oregon, Washington and California with its own boat and production plants in various locations.

In 1998 Steve sold S&S Seafood and all of its companies and assets to Dulcich Inc. and joined Pacific Seafood as VP of International Sales and Procurement. Steve’s first responsibilities after joining Pacific were to integrate S&S Seafood into Pacific by closing plants, merging distribution companies and transferring employees into the Pacific family.

As VP of International Sales and Procurement Steve currently oversees all international sales and export business. He is in charge of sourcing from Ocean Gold, Global Seafood and other international trading groups for processing and is also the President of the Canadian Operations. In Canada he manages the fleet, quota, plant operations and acquisitions for our British Columbia locations. Under Steve’s leadership, the International Team has grown export sales from 30 million to approximately 300 million dollars. He is also in charge of a small sales staff and further processing in China. Over the past 19 years with Pacific Seafood Steve has helped complete multiple acquisitions which include; Pacific Bay Fish in Westport, Sea Level Seafood in Alaska, Island Seafood in Kodiak, J.S. McMillan in BC, Leader Fishing with three Canadian crab boats, Uclulelet Harbour Seafoods and merged all Canadian business into one operating unit in British Columbia and participate in many other M&A activities with the company.

Steve also owns companies in the Real Estate industries including Spencer Management Group Inc., and Spencer Property Holdings/Redmond Athletic Club. He is a Board Member and Advisor to Jerico Development Company and Paragon Development Company in Portland, Oregon, and Keto Pint Brand Ice-Cream (a growing sugar free food manufacturer in the USA). Steve was chosen to be Speaker for Ukrainian Business Development over seafood sector for 4 years and was the Speaker at US/Russia Embassy from 2003-2007 for Seafood Development in Russia.

Steve lives in Happy Valley Oregon and has been married to his wife Susan for 37 years. They have three grown children; Monica, Anthony and Christopher. Steve and Susan enjoy traveling and discovering new locations around the world.