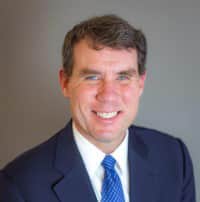 Richard Seeg is the President of Intermarine. He has worked in the international transportation industry for over 25 years, focusing on the project, breakbulk, and heavy-lift shipping.

Richard started his career in Vietnam working for trading and forwarding companies in the mid-90s, and then joined Intermarine’s New Orleans office in 1998. In 2001, he moved to Seoul, South Korea, to develop Intermarine’s chartering and sales activities in Asia. Relocating to Shanghai, China in 2004, Richard expanded Intermarine’s Asian presence to include several offices and a fleet of vessels trading within and out of Asia, India, and the Arabian Gulf.

Richard returned to New Orleans in 2010 to oversee Intermarine’s North Coast South America and Caribbean line. Subsequently, he took over the entirety of Intermarine’s activities in the Americas. Intermarine now has 18-20 vessels trading worldwide, with the core business being the Americas Liner Services.

Mr. Seeg earned a BA in Biology from Tufts University and an MBA from the AB Freeman School of Business at Tulane University. Prior to earning his MBA, he served as an officer in the US NAVY for four years onboard a forward-deployed vessel based in Asia.

Company description: Intermarine, as agent for Industrial Maritime Carriers, LLC, is a leading provider of reliable liner services for the transport of project, breakbulk, and heavy-lift cargo in the Americas. With offices in Houston, New Orleans, Sao Paulo, Bogota, and Caracas, and a wide network of agency offices throughout the region, Intermarine operates vessels worldwide and provides regular sailings between Houston and the Caribbean, East Coast South America, and West Coast South America.