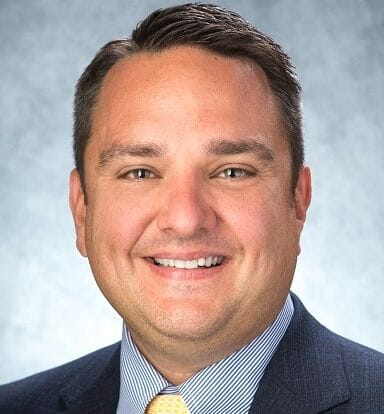 Prior to this role, Drew was Head of Automotive and Intermodal Private Assets and National Accounts where he managed the Automotive segment of CSX during the Covid pandemic – a period where auto plants went from shutdowns, to operating at full production, to being closed for parts issues.

Drew has held several leadership roles within the Intermodal Sales and Marketing team.

From 2009-2012, Drew served as the Rail Asset Product Manager, where he led significant change to the rail-controlled container products. Drew managed the product through the transition to UMAX in 2010 and contributed to post-transition rail-asset product improvements.

Hiring on at CSX as an Inside Sales Account Manager for the door-to-door product, Drew helped launch CSX QuickQuote, allowing freight brokers to obtain real-time capacity and quotes.

Prior to joining CSX, Drew worked in various sales functions at UPS.