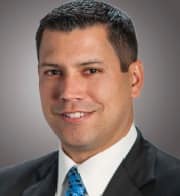 Hernandez first joined BNSF in 2005 as a management trainee in Hub Operations. In 2006, he moved to Chicago to take the role as assistant manager of Hub Operations at Logistics Park Chicago. Later that year he moved to take a similar role in Seattle. In 2008, Hernandez moved to Fort Worth where he served in various roles with increasing responsibility in Marketing, Finance and Technology Services. He was promoted to senior manager of hub operations in Haslet, Texas in 2013. He would later be named general director of hub operations before moving back to Chicago to become general director of transportation.