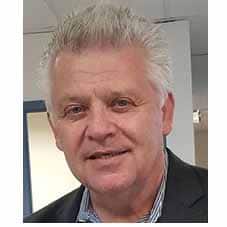 In 1998 Jon launched Jon Monroe Consulting with the belief that the supply chain was becoming too complex for most companies to manage on their own. This has allowed Jon a vantage point from which to identify and learn supply chain pain issues from a number of different stakeholders in the supply chain. Project examples include leading the Strategy for managing the General Motors Global Parts movement for two years as contracted by Vector, the joint venture between Emery/Menlo & General Motors, and analyzing and putting together a picture of the global footprint of Pepsico and their acquisitions. Mr. Monroe also managed and developed multiple POM systems before recently launching his own. His clients also included Ports and his team worked on a number of port projects with the likes of Shanghai International Port Group (SIPG) and Georgia Port Authority. In 2010, Jon co-authored “Yangtze River World Report” with his partner, Cynthia Shen. The report culminated in a 381- page e-book documenting the development of the port, rail and road infrastructure connecting the Yangtze River Ports with the rest of the population of China. It was distributed by the Journal of Commerce in 2011. Jon Monroe Consulting Jon relishes the opportunity to engage in challenging projects. His background cuts across many supply chain pain point that he has attempted to resolve through the introduction of technology. Over the years he has implemented more than 100 companies and thousands of factories on cloud-based solutions, many of which were developed by him. Today he works with his partner, Cynthia Shen, and a number of subcontractors. They represent the largest China-based forwarder, Worldwide Logistics, as well as a Silicon Valley technology services company, Encore Software Services, a Silicon Valley-based company with programmers and engineers in India. Recently, Jon went live with SYSM, his new POM system onboarding 150 factories for a medium-sized importer.