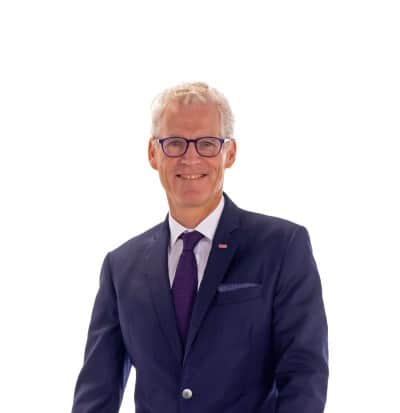 Jeremy Nixon is the global CEO of Ocean Network Express (ONE), one of the largest liner shipping companies in the world. Headquartered in Singapore, the company commenced its operation in April 2018. Nixon's career originally started at sea as a navigating officer, followed by a Bachelor of Science in maritime commerce at Cardiff University (UK) and an MBA at Warwick University (UK). He has been actively engaged in the container shipping industry for the last 30 years and has held senior management positions with P&O Nedlloyd, Maersk Line, and NYK Line in Europe, North America, and Asia. In July 2017, Nixon resigned from NYK to head up ONE, which was a new joint venture company founded by the "K" Line, MOL, and NYK Group companies.