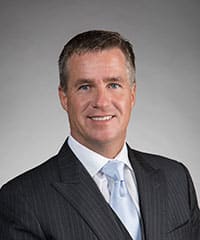 Keith Creel is president and CEO of Canadian Pacific Railway, assuming his role on January 31, 2017, becoming the 17th person to lead the company since 1881. Creel was appointed president and chief operating officer in February 2013 and joined the CP Board of Directors in May of 2015. Under his leadership, CP is finding safer, more efficient ways to connect customers to domestic and global markets, and will continue to play a prominent role in connecting communities in Canada and the US. Prior to joining CP, Creel was executive vice president and chief operating officer at Canadian National Railway. He held various positions at CN, including executive vice president, Operations; senior vice president, Eastern Region; senior vice president, Western Region; and vice president, Prairie Division. He began his railroad career at Burlington Northern Railway in 1992 as an intermodal ramp manager in Birmingham, Alabama. He also spent part of his career at Grand Trunk Western Railroad as a superintendent and general manager and at Illinois Central Railroad as a trainmaster and director of corridor operations. Creel currently serves on the boards of TTX Company and the Association of American Railroads. He holds a Bachelor of Science in marketing from Jacksonville State University and completed the Advanced Management Program at Harvard Business School. He has a military background as a commissioned officer in the US Army, during which time he served in the Persian Gulf War in Saudi Arabia. Recognized for his leadership at CP, he was named by Progressive Railroading as Railroad Innovator for 2014 and by Railway Age as Railroader of the Year in 2021.